A new theme, for a new youth program,
in a worldwide church – Get it HERE 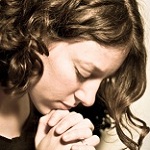 In  General Conference, October 2019, more changes were rolled out as the LDS church continued to progress and develop.  Among these was the announcement of a new theme for the Young Women’s organization. Young Women and their leaders worldwide were encouraged to quickly memorize and adopt this new theme, which holds important new insights.

So – imagine my surprise just one week later when I was sitting in the foyer of my church building, and was suddenly inundated with a clear and urgent impression of the Spirit:

“Carrie, you know that new Young Women’s theme they announced last week?
You should think about maybe setting it to music.”

The thought came with such exquisite clarity and directness that I immediately jumped into action.  I pulled out my phone, and within a few seconds was able to access the new Young Women’s theme announced the week before.   As soon as I saw the opening words, “I am a beloved daughter of heavenly parents,” a sense of profound love poured into me, and I literally heard those words set to music – a very clear melodic line, that I heard in my mind and spirit, as clearly as I’ve ever heard any human voice.

I quickly jotted down the words and notes of what I heard into the notebook I always bring with me to church.  As I did so, I felt a spirit of profound love pour into me.  Love for my own Heavenly Father – and for my Heavenly Mother, who this time is referenced in that opening paragraph, with that inclusive word “parents.”  I felt their love for me, their daughter.   I felt warm, outflowing love for their daughters throughout the world, including those in the Young Women’s program.

The Spirit bore witness to me that this is not just about setting random words to music.  These words are an inspired, powerful affirmation of who these Young Women are – and more specifically, of who I am.   It’s not just 12-18 year old girls that are beloved daughters of heavenly parents.  That descrption extends as well to me – personally.   I felt the thrilling, affirming warmth of that phrase, now set to music:

“I am a beloved daughter of heavenly parents, with a divine nature and eternal destiny.”

I was in the foyer at the time, just outside the chapel of my local wardhouse.  I had arrived a little late, and so sat out there with my husband as the sacrament was being passed.  As I received those sacred emblems, I continued to read and ponder the words of the new theme:

“As a disciple of Jesus Christ, I strive to become like Him.”

“Become like Him.”  Wave after wave of spiritual memories wafted over me as I read those words, and then heard them, in my mind, newly set to inspiring music.  “Become like Him.”  I realized – that’s really what it’s all about, what it all boils down to.   Become “partakers of the divine nature.”   “What manner of men ought ye to be?  Even as I am.”   “I’m trying to be like Jesus.”  “What would Jesus do?”  In so many ways – the focal point of our religion – indeed, the cental purpose of all of Christianity itself – is about learning, step by step, to “become like Him.”

“I seek and act upon personal revelation…” 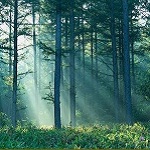 This phrase was tender for me, because at that moment, I was in the very act of that sublime revelatory process.  I had come to church that day seeking insight and comfort about a personal matter, feeling a little down over the recent loss of a Church calling, and of the recent departure of my 5 kids from my home, for marriage and college.  In so many ways, I came to Church that day feeling lost and unanchored, asking, “Who am I now?  What is my purpose, destiny, and future, now?”  And now, with these words and music, the answer to those very personal, heartfelt questions was beginning to be revealed – to me, personally – just when I needed it most.

I realized that these 3 opening phrases matched the order laid out in the First Article of Faith:  “We believe in God, the Eternal Father, and in his Son, Jesus Christ, and in the Holy Ghost.”  I realized that these first three statements in the new Young Women’s theme reflect these three foundational, sacred relationships, personally, with each member of the Godhead.  Which, I realized, was not just relevant for teenage LDS girls.  It was relevant, in a direct and personal way, that very day – and every day – to me.

“…and minister to others in His holy name.
I will stand as a witness of God, at all times and in all things and in all places.”

As I partook the sacred emblems of the sacrament in the foyer that day, I reflected on these words – a reiteration of the covenant I made years ago as a little girl in a white dress, making sacred promises to God. MInistering to others.  Standing as a witness of God.  These are things I do every day.  With or without a formal calling in the church.  With or without my kids at home.  With or without a clear sense of defined purpose in my life.  Everywhere I go, in every interaction I experience, formally or informally, I can minister, and I can witness.  Those words poured like deep healing oil into deepest recesses of my spirit, giving that needed sense of direction and purpose I had come to church seeking that day.  I jotted those words and music down in my notebook as well, capturing what I had heard, and felt.

By that time, during the course of that normal Sunday sacrament ordinance, I had heard and jotted down over half of the new Young Women’s theme, now set to music.  Right about then, the sacrament ended, and the foyer doors opened into the chapel.  As I walked in with my husband, and found a place to sit, the bishopric member presiding over the meeting that day was giving a brief recap of the updates from General Conference the week before.  Literally as I was walking down the aisle into the chapel, I heard that leader say over the pulpit, “There is now a new Young Women’s theme – and all our Young Women and our leaders have been encouraged to study and memorize it, as soon as possible.”

I was absolutely  stunned by the timing.  I knew from past experience that words set to music are infinitely easier to memorize and remember than just the words alone. At that moment I realized – this little song I was given in the foyer that day could bless the lives of many more individuals than just myself, in internalizing and memorizing these inspired words.  By the end of that sacrament meeting, the whole theme was set to music, jotted down in chicken scratches in my notebook.  As soon as the meeting was over, I went and made a quick rough recording of the melody on my phone, singing what I had heard into my voice recorder, so I could remember it later.  To complete the musical structure, at the end of the song, I restated those first important lines, repeating and emphasizing that foundational phrase: “I strive to become – I strive to become – I strive to become… Like Him!”

By the next week, I had fleshed that basic little melody out into a full vocal-piano arrangement in a printable format.  I felt impressed to bring it with me to church that next Sunday, and happened to run into our newly called Young Women’s president.  I showed her the new music, and asked if it might be helpful.  “Oh, yes!” she exclaimed.  “The girls have been trying to memorize the new theme, but finding it difficult because it’s enough like the old theme that it’s easy to get mixed up between the old and the new.   Music would be so helpful!”

Over the next week, I recorded the song in my studio, and then orchestrated it – taking those rich and soaring sounds I’d heard with my own spiritual ears, and setting them into an mp3 format that could be shared broadly with others, as a resource to help them learn and memorize these words, now set to this music.

A new theme, for a new youth program, in a worldwide church – Get it HERE

Then,  just two days ago, I was sitting in another chapel with my husband, hearing prominent church leaders excitedly unveil the elements of the brand new Children and Youth program.  As the General Young Women’s President in the broadcast that day led Young Women all over the world in standing and reciting the new theme, I heard in my mind’s ear the music those words had now been set to – a literal internal sympony, drenched in spirit, testifying to me who those girls are, and who I am, and what we are all here to do, in this very special time in the world’s history.

At that very moment, my webmaster texted me, telling me he had just finished posting this music, which I’d sent him a few days before, on a page on my website.   It had seemed like a good Sunday activity to him. So by the time that church broadcast ended, the song was now live on the internet.   That timing didn’t seem random either. 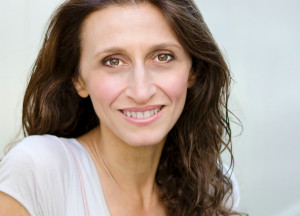 So now, Tuesday November 19, 2019, I am sharing this story, and this music, the newest entry in the “Free LDS Music Library” we’ve been developing for several years on this site.  I’ve had similar inspiring experiences over previous years, setting to music the words of The Living Christ, Family Proclamation, Articles of Faith, Relief Society Declaration, and previous Young Women’s theme.  Sometime, I’ll share those stories – how those classic texts sprang to expanded life with powerful new music.

Now, this new theme has likewise become available, and set to music.  I hope you will make use of this resource, and of the other resources in this collection, to help you memorize, internalize, and then truly live by these inspiring, strengthening, revelatory words.